In our long history, we have had to overcome a number of challenges, both technical and economic. Innovative ideas have always moved us forward. 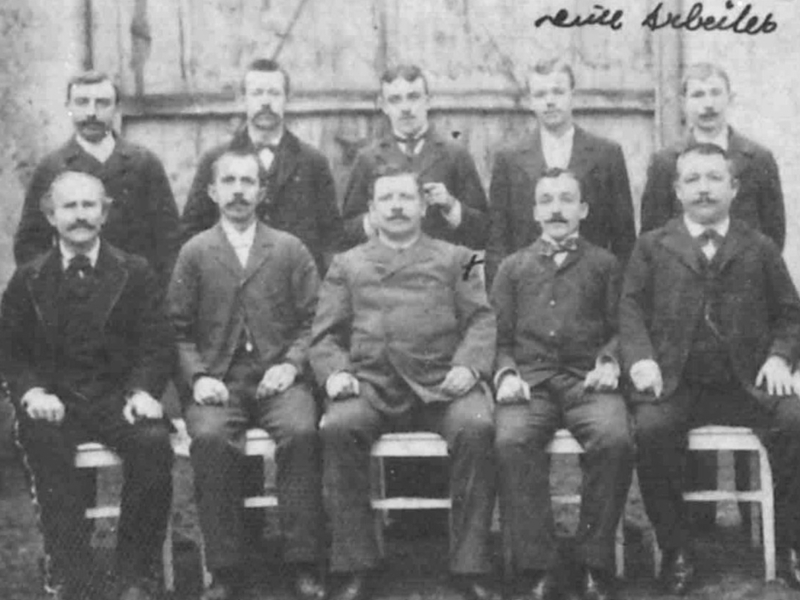 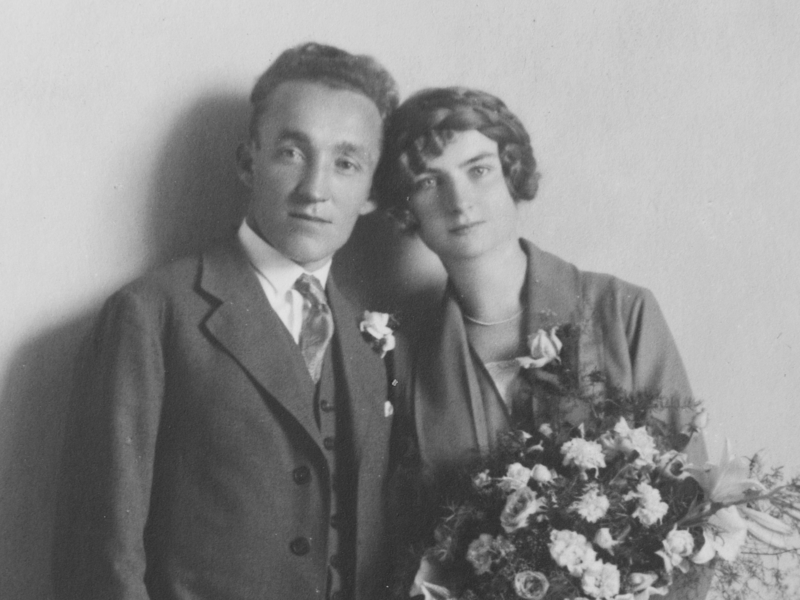 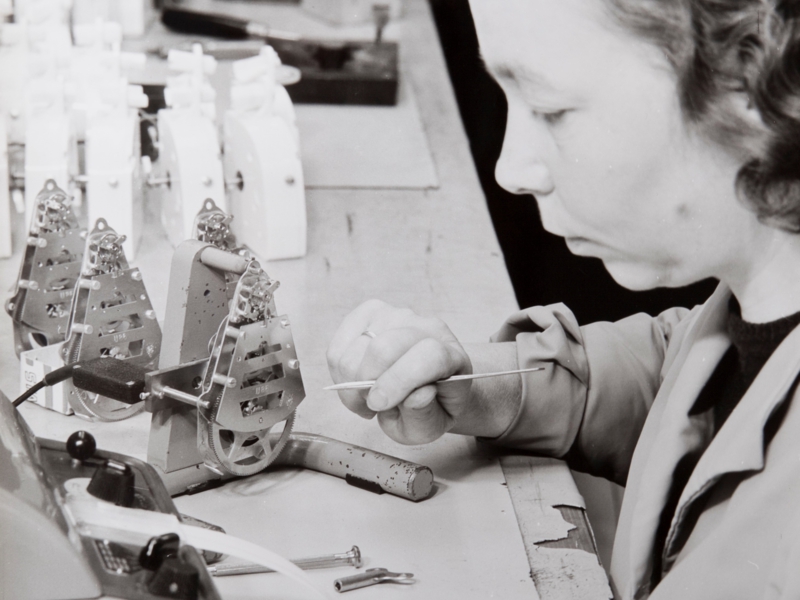 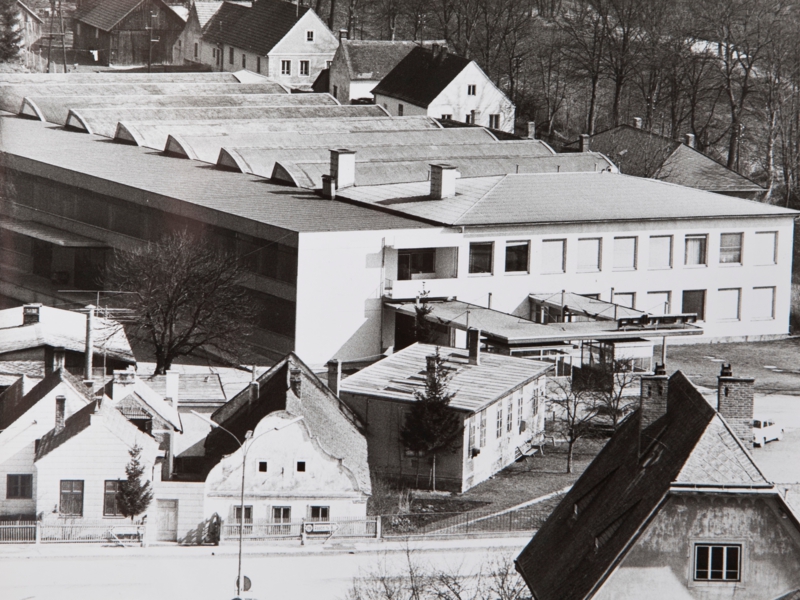 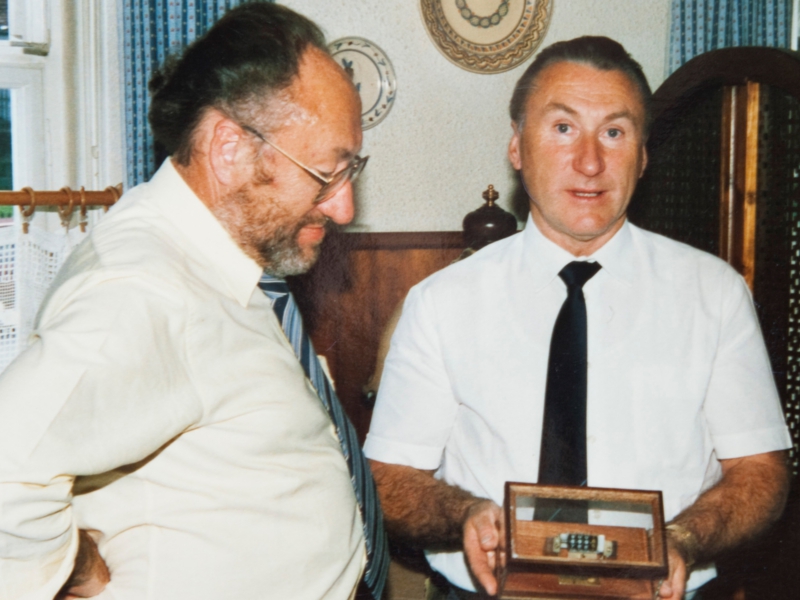 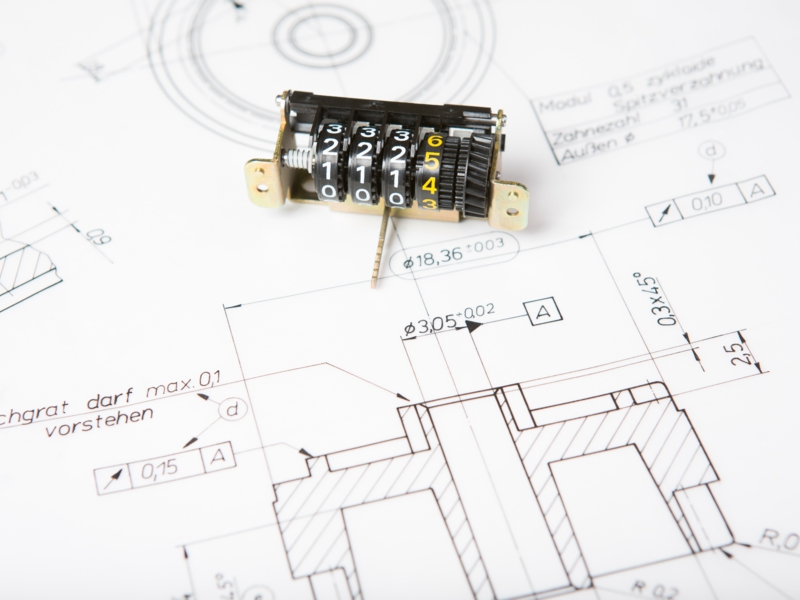 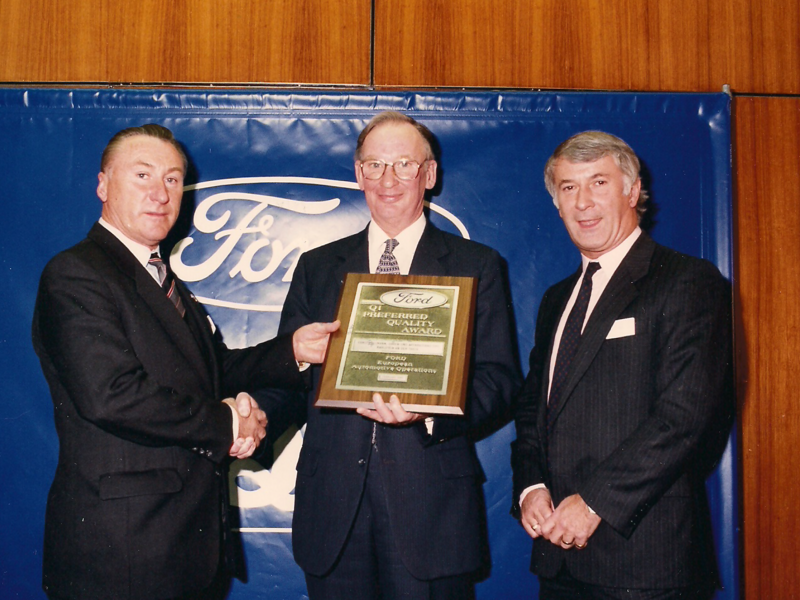 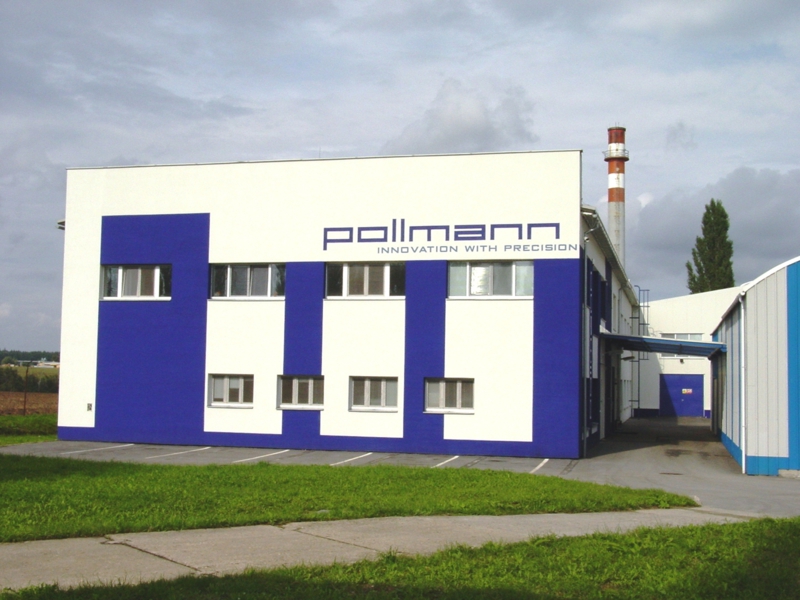 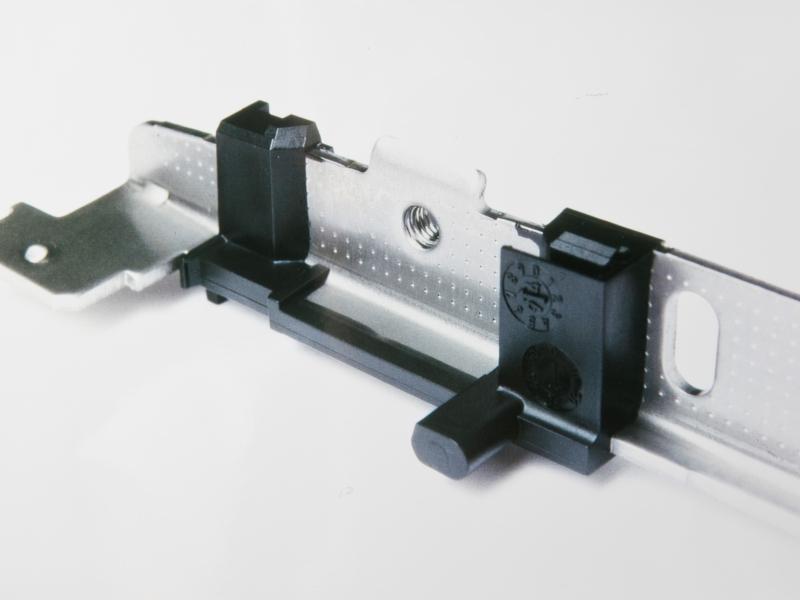 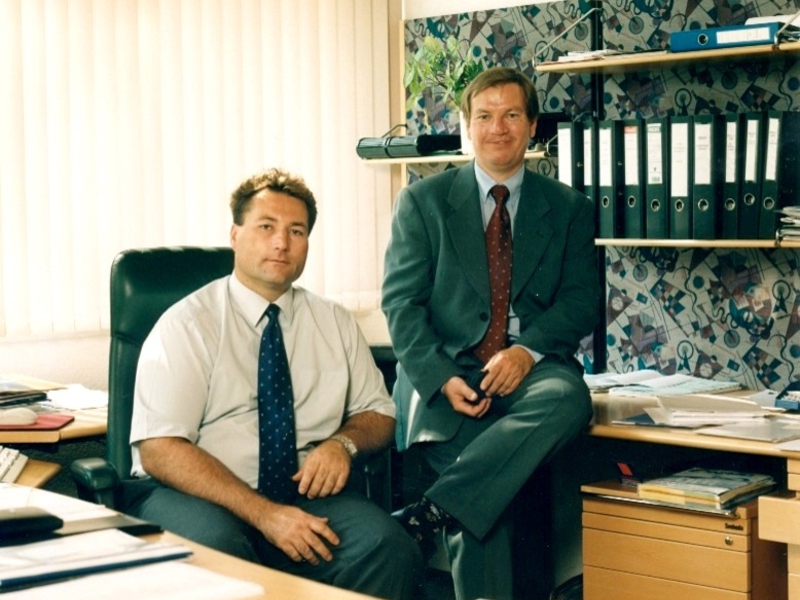 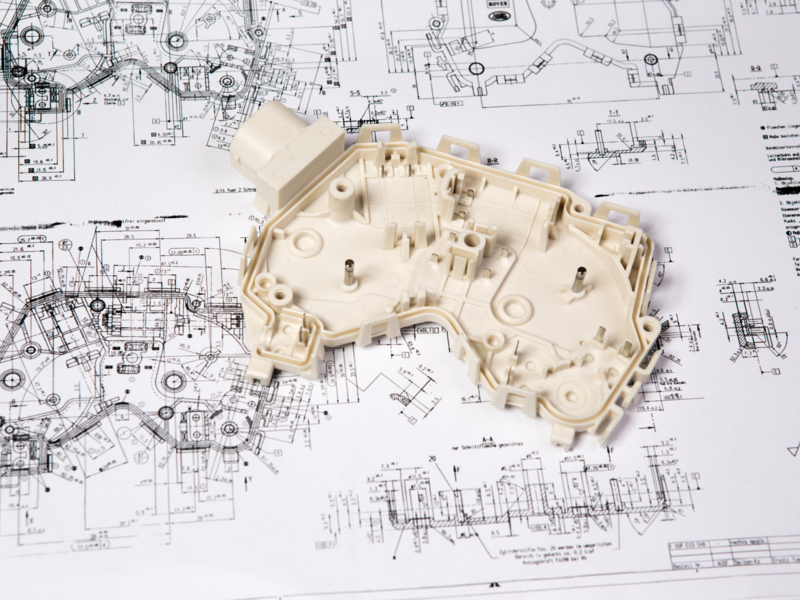 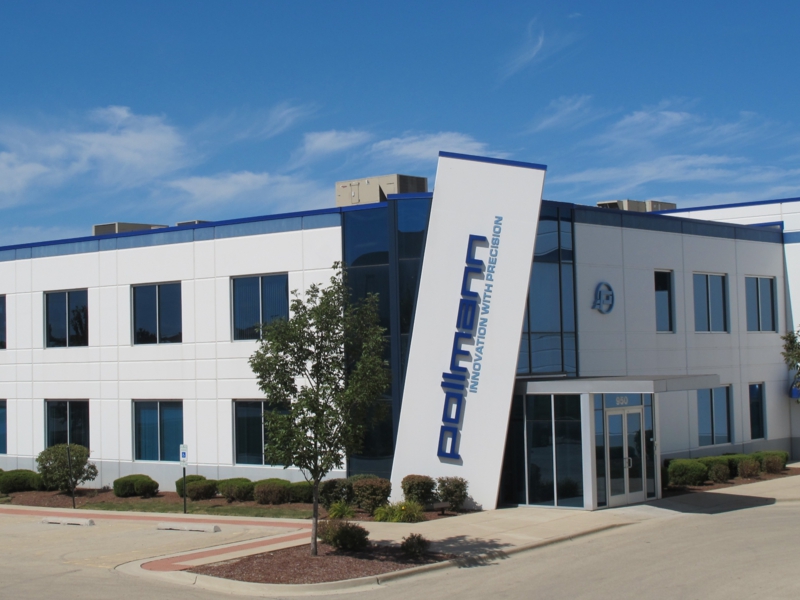 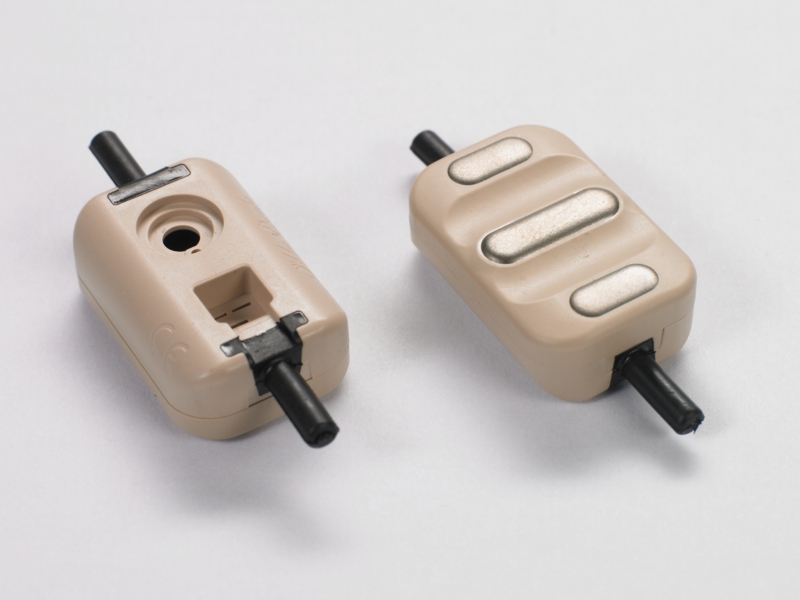 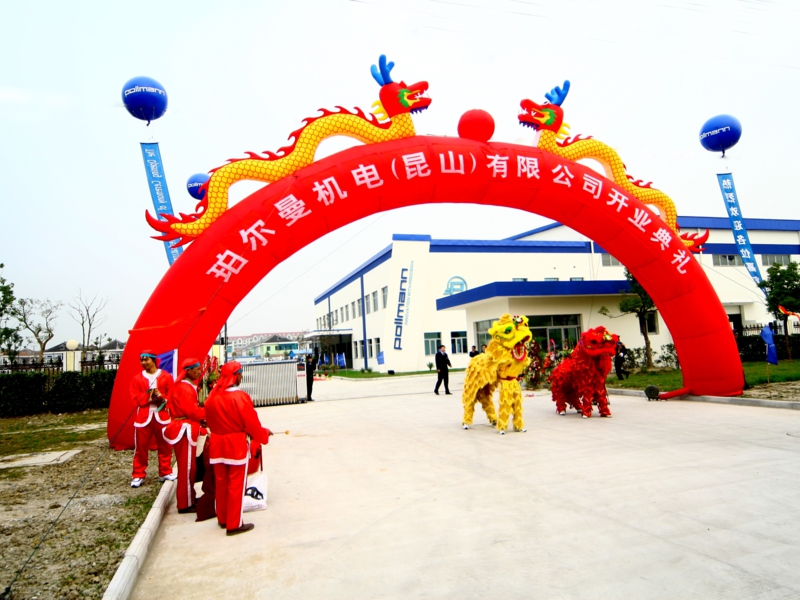 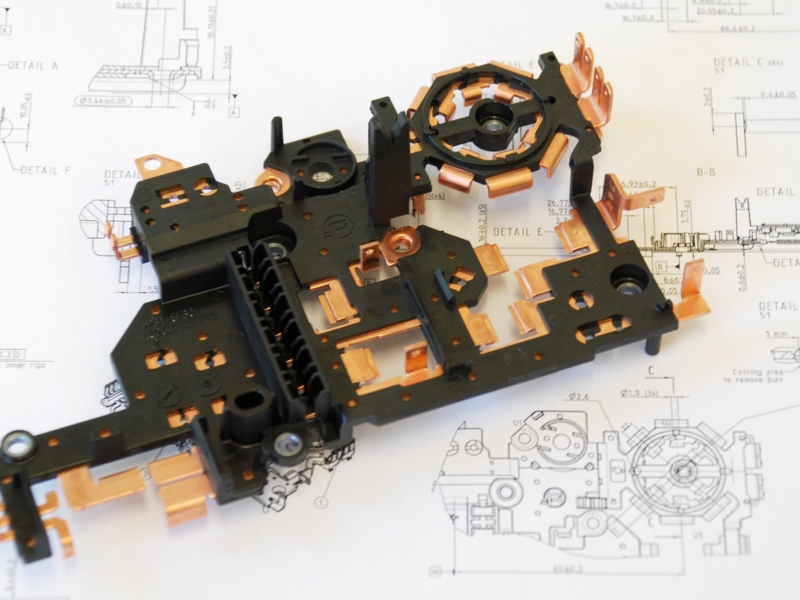 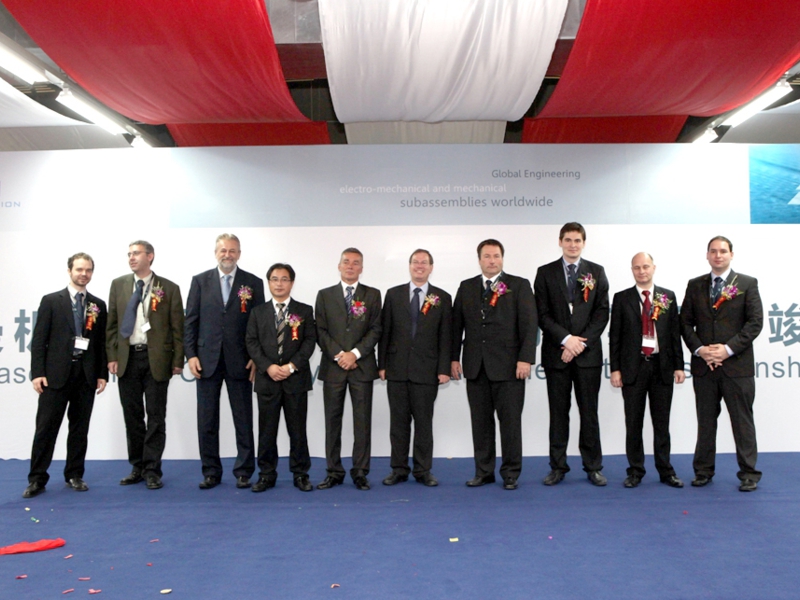 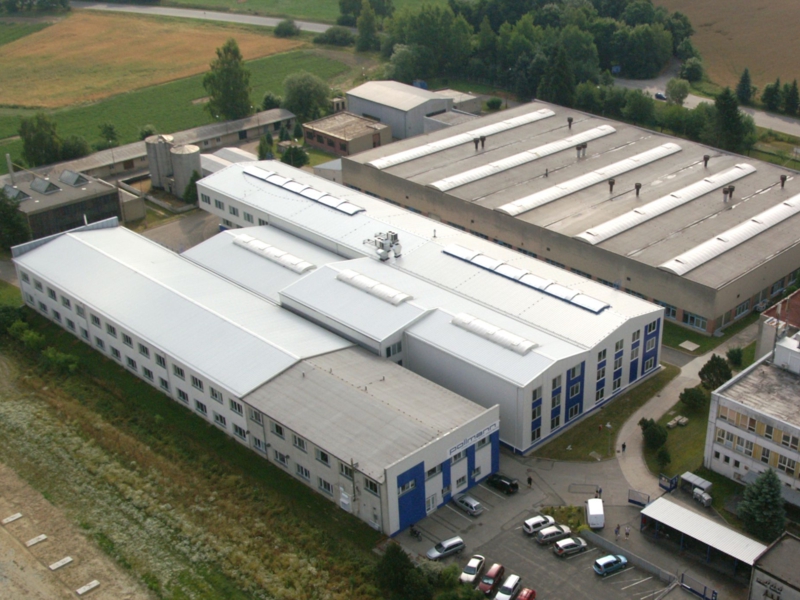 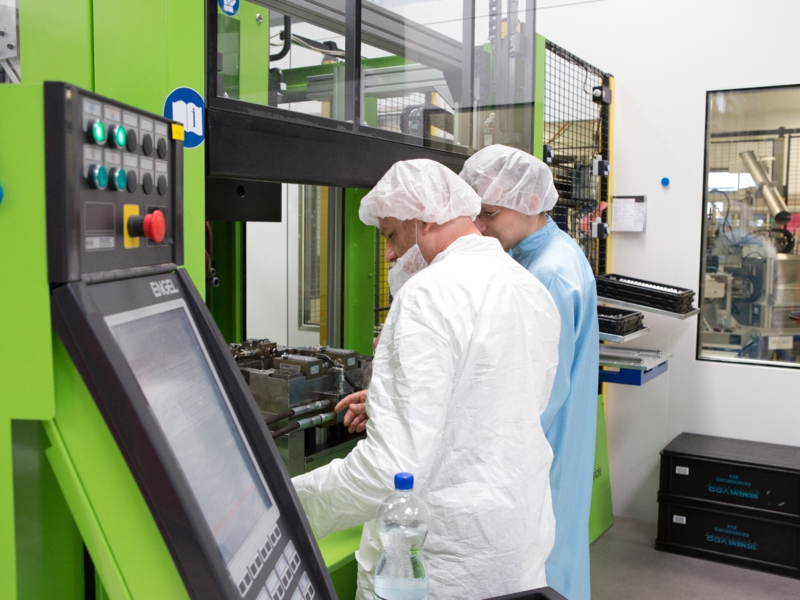 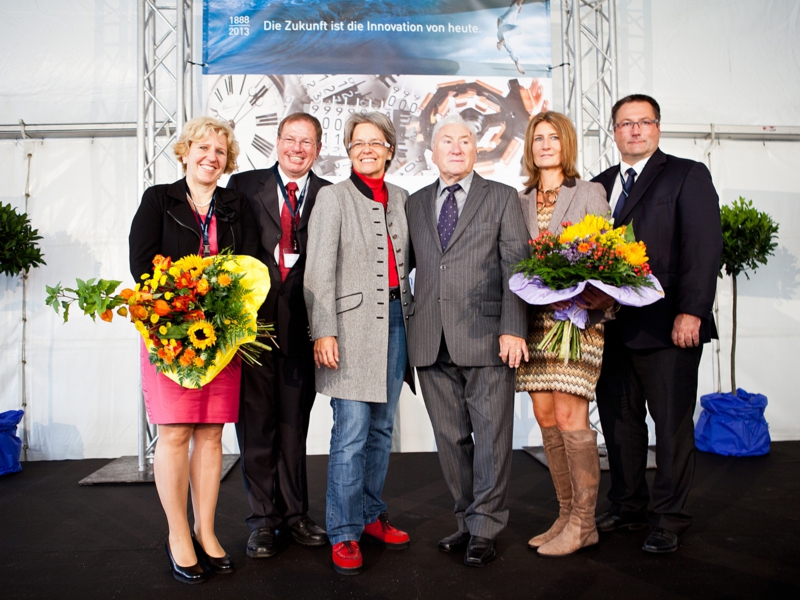 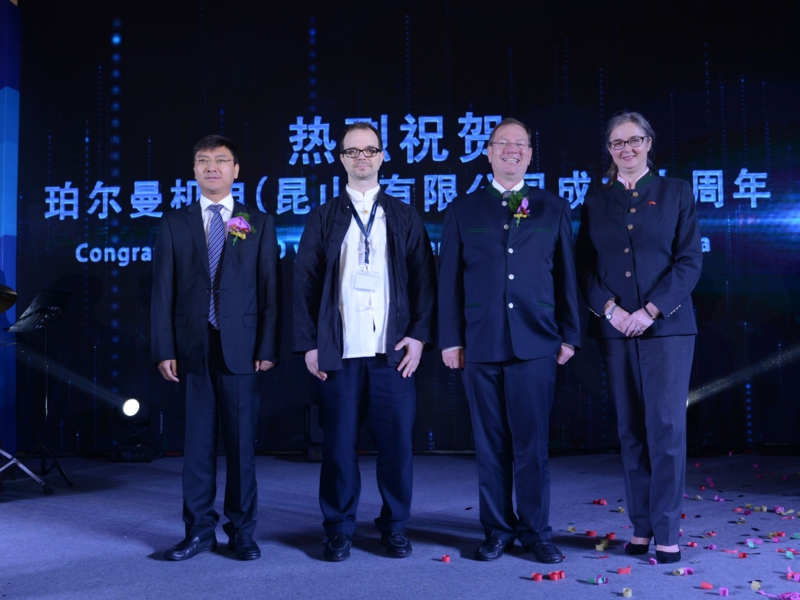 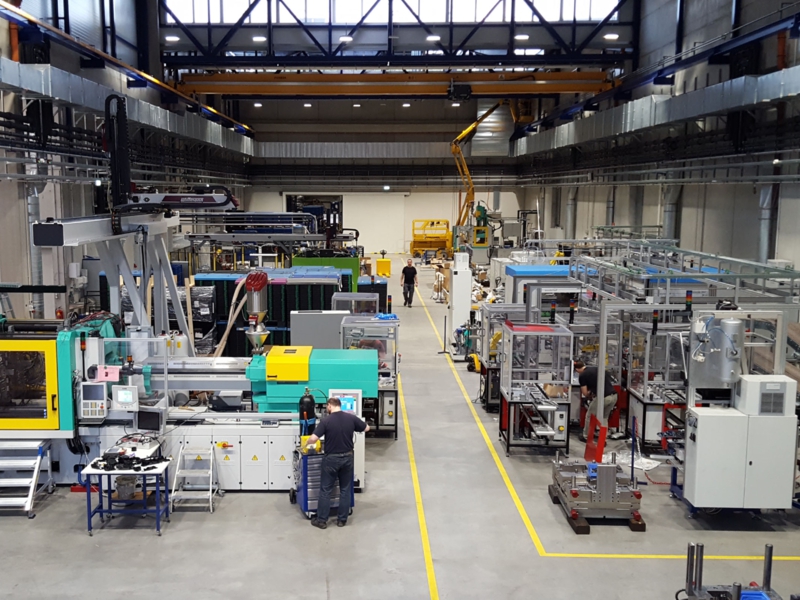 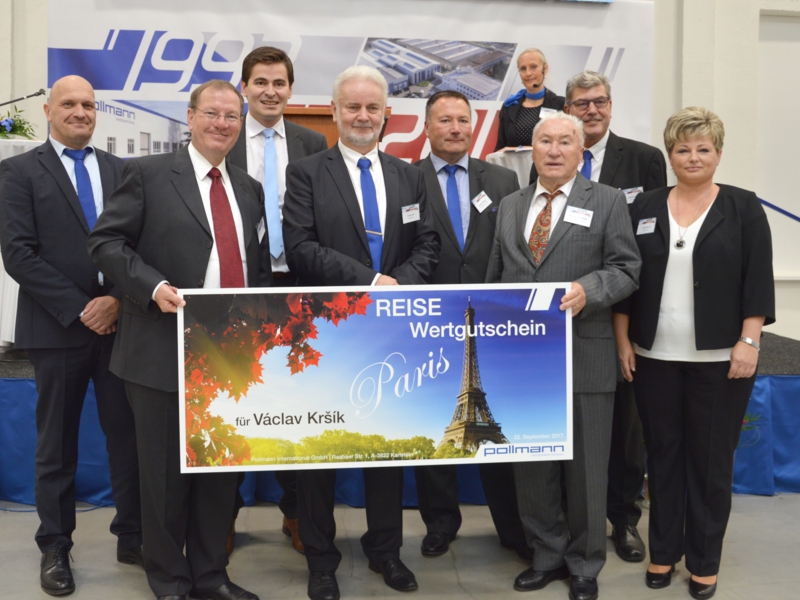 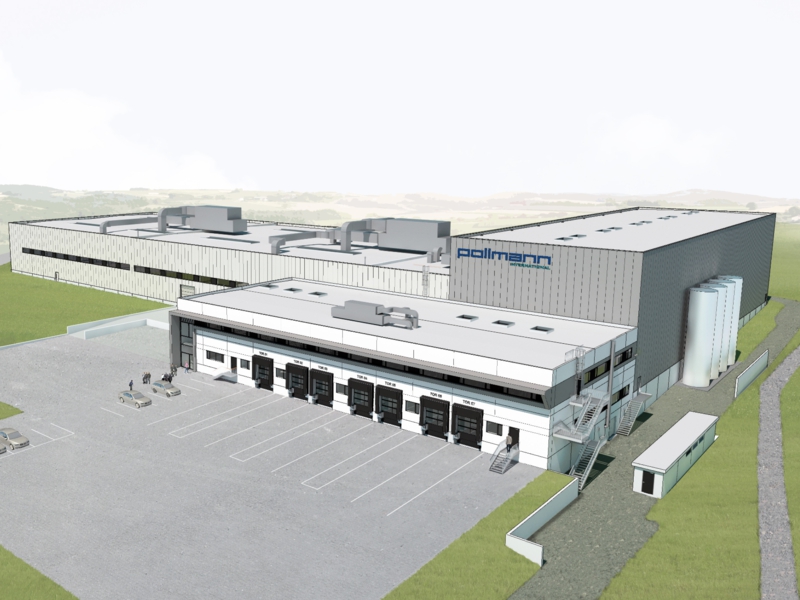 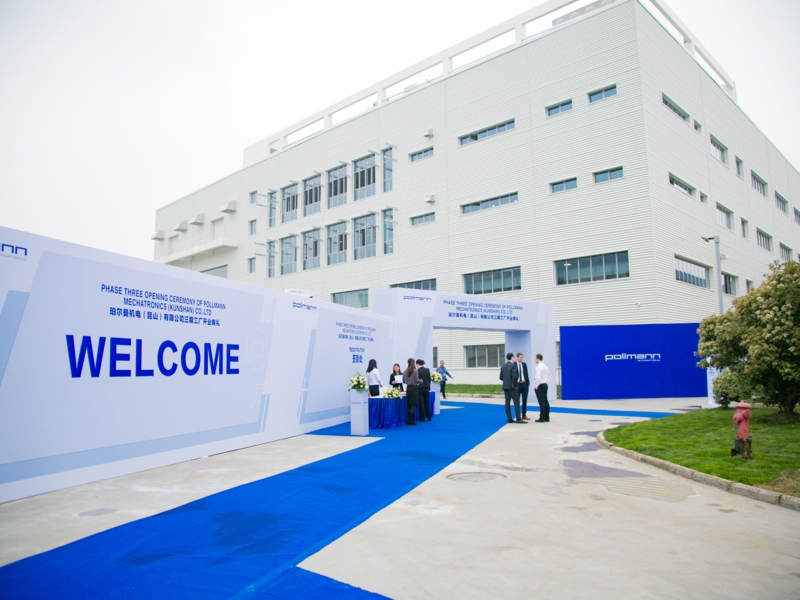 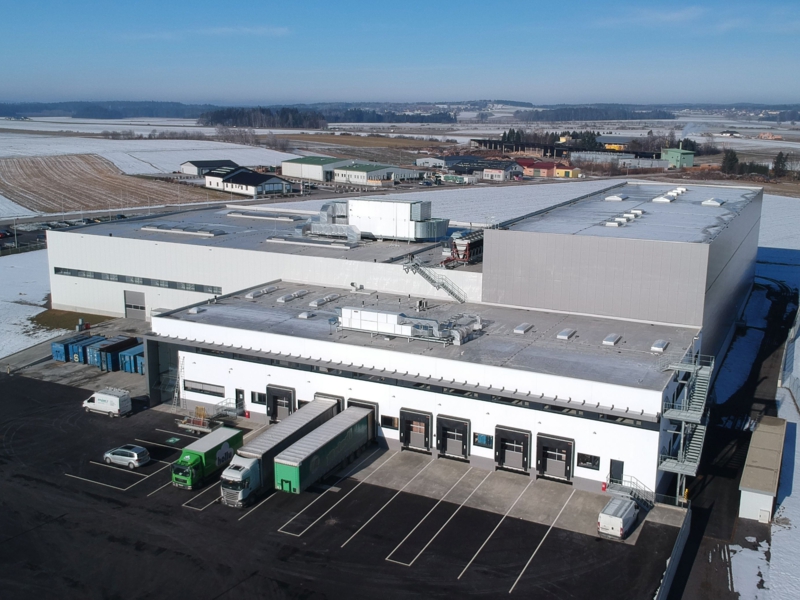 1888
The beginning of an era: Precision technology has been Pollmann's main strength from the very start. In 1888, Franz Pollmann set up his craftsman's workshop in Karlstein in the Waldviertel region in Lower Austria. He specialized in the construction of precision devices and clock mechanisms for kitchen and room clocks, gear drives and pressure gauges. Gear conveyors, conveyor belts and recording meters were added starting in 1930.
1933
A new generation: Franz Pollmann's son Ernst and his wife Hildegard take over the business. Ernst Pollmann had already worked in the business since 1926. Both he and his wife had graduated from the Professional School of Watchmaking in Karlstein. Ernst Pollmann actually taught at this school from 1924 to 1945.
1952
The company name was changed and registered as Ernst Pollmann Uhren und Apparatebau OHG. The manufacturing of counters started in 1958; at first only for tape and cassette recorders.
1961
Product update: The product portfolio now includes display instruments, intermediate relays and spring assemblies. The company has grown to over 200 employees and new facilities are added.
1968
The end of an era: After 80 years, in-house production of watches/clocks is discontinued and Pollmann launches a clock/watch wholesale business. Production at Pollmann is now focused on tape recorder counters.
1969
A new generation: Ernst Pollmann Sr. hands over the reins to his sons Ernst and Herbert who had already been working in the company since 1962.
1980
The production of counters for speedometers launches the company as a supplier for the automotive industry. In 1981, production of video recorder parts is started. With the introduction of outsert technology in 1986, these parts extend to the entire drive chassis.
1988
Top quality: On its 100-year anniversary, Pollmann is one of the first companies in Austria to receive the Q1 quality certificates from Ford USA and Ford England. In 1991, Chrysler awards Pollmann the "Quality Excellence Certificate".
1991
Internationalization: Pollmann establishes its first subsidiary abroad in the town of Jindřichův Hradec, Czech Republic.
1994
New focus on sunroof solutions: Pollmann uses Outsert technology to manufacture the first sunroof mechanism for sunroof manufacturer Webasto. Today, Pollmann is the international market leader in this segment.
1997
Fourth generation: Markus and Robert Pollmann take over management of the company. The annual production of counters for odometers peaks at 7 million modules per year.
1998
New product: Pollmann starts the development and production of housings for door lock systems with integrated conductor tracks. With certifications according to ISO 9001, QS 9000 and VDA 6.1, the company solidifies its reputation as a high-quality manufacturer.
2001
Internationalization, part 2: On August 1, 2001, Pollmann opens its second production location abroad in Romeoville/Chicago (USA).
2004
Product in the medical field: Production of MYOBOCK electrodes for hand and knee prostheses for prosthetics specialist Otto Bock is launched. The Pollmann Austria location receives ISO14001:1996 certification.
2006
Expansion to the Far East: Pollmann China is established as the company's fourth location in Kunshan in the automotive region surrounding Shanghai.
2007
Pollmann continues to drive technological developments: New additions to the portfolio are components for high-power automotive applications such as Power Frame – an electric power steering component/EPS – for Audi.
2010
Expansion: Just under four years after the start in China, a second production facility is inaugurated in Kunshan with a production area of 86,000 square feet.
2011
Expansion in the Czech Republic: Pollmann CZ is developed as an additional Center of Competence for injection molding. Another 20,000 square feet are added to the production area for cost-effective modules including injection molding manufacturing.
2012
Clean room manufacturing: Starting in 2012, metal-plastic composites are produced in a 4,300-square-foot area in clean room class 8 (ISO 14644-1).
2012
Top apprenticeship program: Pollmann has been offering apprenticeship training for more than 70 years. In 2012, the apprentice workshop is expanded and equipped with a new injection molding machine, a handling robot and a pneumatics and electrical engineering laboratory.
2013
Pollmann turns 125 - time to celebrate! The company marked the anniversary with an Open House and a staff party which is still remembered with great enthusiasm. At that time, Pollmann had already more than 1,200 employees worldwide.
2015
More space: The production area at the Czech Republic location is doubled to 86,000 square feet. Thanks to its excellent transportation links, Pollmann Czech Republic has positioned itself perfectly for high-volume projects.
2016
The Pollmann China location has experienced a fantastic development and celebrates its 10th anniversary. The location employs more than 400 people and has a production area of 86,000 square feet.
2017
Expansion in Austria: Pollmann Austria expands its production area and opens a new 13,130-square-foot production facility at the Karlstein location. Pollmann now has a net production area of 198,000 square feet in Karlstein.
2017
25 years Pollmann Czech Republic: With more than 500 employees, Pollmann Czech Republic is one of the largest employers in the Jindřichův Hradec region.
2018
Pollmann Austria celebrates its 130-year anniversary and takes the next step in its expansion strategy in the Northern Waldviertel region. With an eye to the future, Pollmann purchases a 700,000-square-foot property.
2019
Pollmann China expands its production capacities: In its third expansion stage, the plant size almost doubles to a total of 220,000 square feet.
2020
Expansion in Austria with a new production site in Vitis: A new 37,700-square-foot production plant with a fully automated high-bay rack storage system for 5,500 pallet spaces starts operation.
1888
1933
1952
1961
1968
1969
1980
1988
1991
1994
1997
1998
2001
2004
2006
2007
2010
2011
2012
2012
2013
2015
2016
2017
2017
2018
2019
2020

With the Pollmann Code of Conduct, we are setting guidelines for how we want to live and work together. All of us, but especially our managers, refer to it as a guide for responsible action. 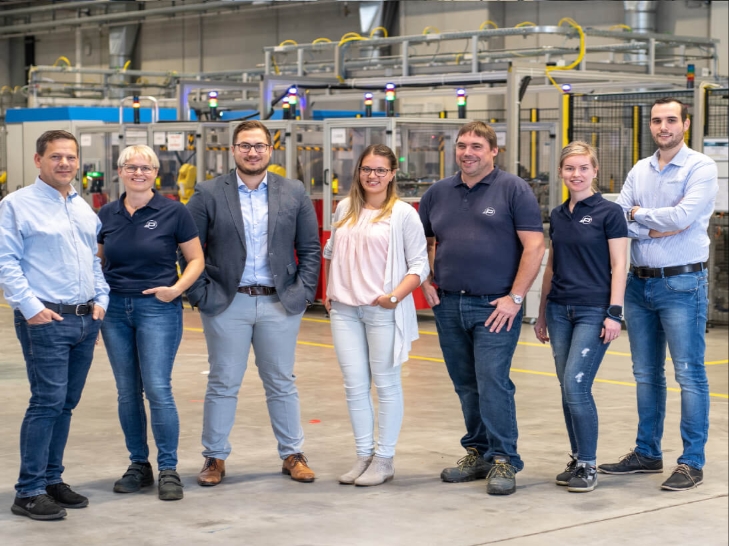 Through all generations, our leadership has taken joy in working together to find the best solution. That is how we grow with our customers. 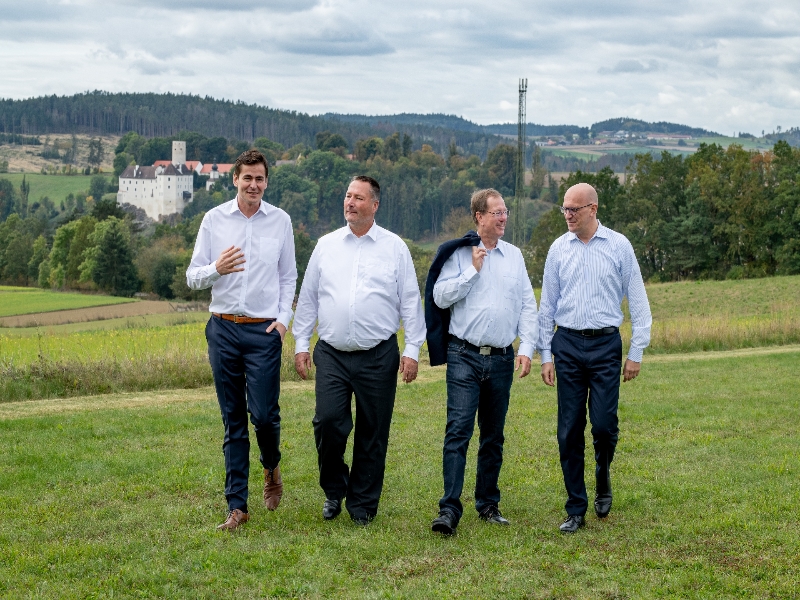 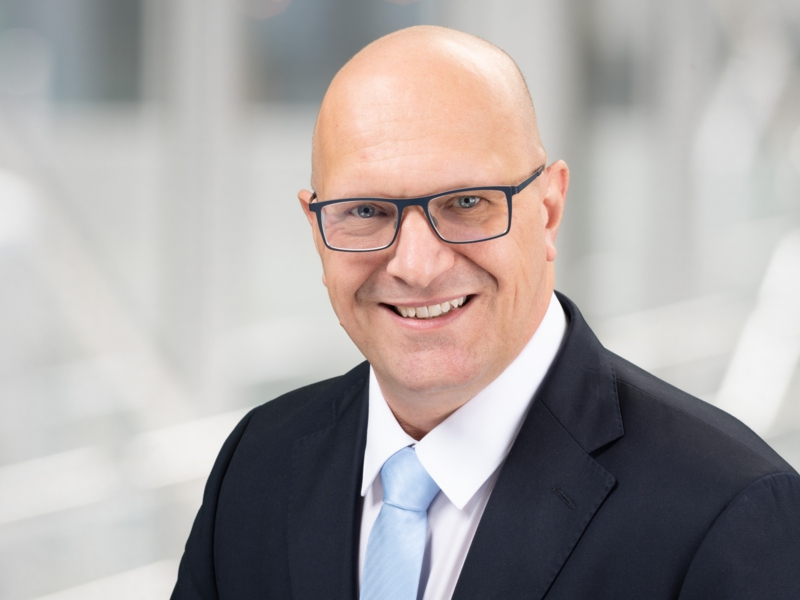 Christian Schreiberhuber
CFO Pollmann International
I like to call Pollmann the cost-efficient premium manufacturer for the automotive industry. Because even the best product solutions must go along with an increase in potential savings. 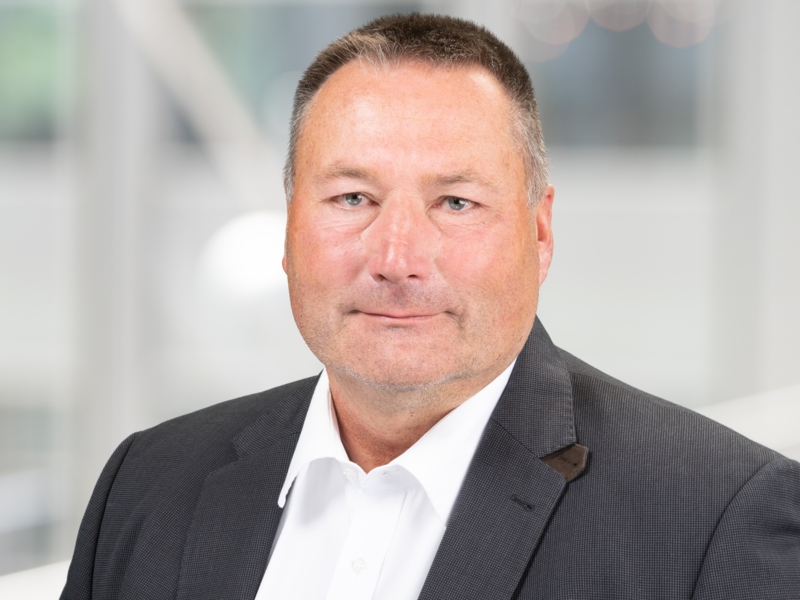 Markus Pollmann
Owner
It comes down to how closely you work on processes, organization and interfaces because this is usually where you find the biggest profitability levers.

Herbert Auer
CEO Pollmann International
Each technological innovation creates new tasks and new problem solutions. That is why our employees will always find rewarding jobs at Pollmann. And this will ensure our long-term business success at all our locations.

Compliance with laws and regulations is a given for us. This applies to environmental regulations and to any other kind of ordinance or regulatory notice.
Avoid emergencies

We take precautions agains malfunctions and make sure that appropriate action is taken in the production of our products to prevent malfunctions and to reduce the environmental consequences of malfunctions. Our emergency plans are regularly reviewed and amended as needed. We coordinate these activities with the relevant authorities.
Neighbor relations

Pollmann relies on transparent communication with the public. We conduct an open dialog about environmental topics that affect us with neighbors, government agencies and all interested parties.
Environmental Management System

Pollmann, at home throughout the world

With four locations on three continents, the company is well-connected to the automotive hotspots. Our combined expertise is available globally and ensures quick integration into our customer's production.